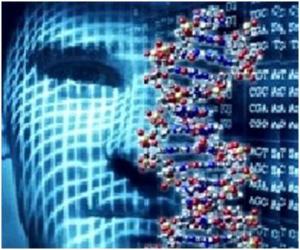 Demographers can barely take part in real world experiments. Normaly, they are left to work with past information and finished events. Surprisingly, the actual frightening association between Zika virus and microcephaly among newborns in Brazil, that has been largely spread by the media¹ ², can, unfortunately, make the opportunity for us to live an exceptional behavior of birth registries and fertility levels estimated for next years.  If the impact of Zika Virus on fertility really exists, we might have a rare opportunity to follow a phenomenon that is nearly impossible or extremely difficult to incorporate into a population projection.

The official population projection for Brazil, launched in 2013, estimates a reduction in birth numbers and fertility levels for the next years, projecting a tendency that has been observed in the last decades for the whole country. The phenomenon is usually explained by two main reasons:  the economic rationale over reproductive behavior or the supremacy of cultural changes that would diminish the number of births. Great regional differences still exists, making less economic developed regions, such as the North and Northeast, and poorest women, the ones susceptible to show greater fertility rates, and where there should be the greatest falls in in the next years.

How can the fear of contracting Zika Virus and having a baby with microcephaly (or other health problem related to the virus) affect the fertility rate of Brazilian women? And how can the illness affect mortality rates among newborns and the number of stillborn?

The time taken until a preventive or curative vaccine is developed or the time it takes until the epidemic is controlled will, probably, influence women’s reproductive behavior. Important to notice is that not every pregnancy is planned in Brazil. Estimates suggest that 46% of births from 2001 e 2006 were not planned (PNDS 2006). Will the epidemic be capable of changing reproductive behavior in order to increase family planning of all women in reproductive ages, or will it be selective to certain ages or socio-economic groups?

If the Zika virus epidemic or the outbreak of microcephaly are rapidly controlled, negative effects over fertility rate can me mild. In contrary, we can observe a recovery of births in the immediate years after the epidemics is over, or even a long lasting transformations on reproductive behavior of Brazilian women.

As Demographers, we will attain to birth registries of next years in order to detect any exceptional decrease, and try to understand what happened (the next round of Demographic and Health Survey is promised for 2017 would be of great value for the task).

An even more difficult task to demographers, however, will be to transform the data and the possible effects of an epidemics into forecasts of fertility rates for Brazil in the short and long run. Projections consider the decline or gain in fertility rates to be constant, printed in monotonic curves, and no space is left for abrupt deviations concentrated in an specific year. The problem can be exacerbated if the oscillations occur at the census year, affecting its results and making forecast more difficult to do.

The epidemics, although abominable, can offer, at least, one opportunity for demographers to understand the consequences of reproductive behavior in fertility data and to improve working methods.